As the e-Tunai Rakyat campaign kickstarts, all three eWallet service providers have come up with some scrumptious deals to encourage spending on their app. We have updated all three service offers for you to judge who offers the best value to claim your RM 30 e-tunai from.  Make sure to check your eligibility first before claiming e-tunai!
If your claim has been rejected, it may be because:

There’s one common thing all Malaysians love regardless of race, belief, and culture and that is; FREE MONEY!

What you need to know about e-Tunai Rakyat?

As an initiative to birth a cashless society and a digital economy, finance minister Lim Guan Eng announced an eWallet stimulus namely e-Tunai Rakyat, to provide 15 million Malaysians with a one-off eWallet credit payment worth RM30.
To realize e-Tunai Rakyat, Khazanah (Malaysia’s sovereign wealth fund) was appointed by the Ministry of Finance to facilitate the initiative seamlessly within the given timeframe. Khazanah has thus announced three service providers that Malaysians can redeem their e-Tunai from; GrabPay, Boost and Touch ‘n Go eWallet.

What criteria were weighed for eWallet providers to be selected?

The use of eWallets and the transformation of the nation to a cashless society will help Malaysia improve its overall GDP. This initiative is enforced to build confidence amongst Malaysians to go cashless and to adapt to digital payments. The participating eWallet providers were selected based on four criteria:

These credits will be available for redemption from the 15th of January 2020 to 14th March 2020 by the earlier mentioned selected eWallet providers.

That said, scroll down to read our comprehensive guide on how you can qualify to redeem e-Tunai Rakyat now! As you may only retrieve credits from one of the three selected providers, we’ve listed down redemption processes, promotions and extra benefits each provider is offering for you to make the right pick. You can now compare offers by Grab, Boost and Touch ‘n’ Go to decide by yourself which eWallet RM30 is best to spent on.

Are you eligible for e-Tunai Rakyat?

If you’ve answered yes to all the questions above, congratulations! You qualify!

Now, let’s look into the three selected eWallet providers and the benefits they offer for you to make the right pick

What is GrabPay offering for e-Tunai Rakyat?

First on our list is none other than the famous GrabPay. Grab is already revving their efforts to persuade Malaysians to claim e-Tunai Rakyat with them by offering 3X more value! What does this mean? With every transaction you make on GrabPay, you will be earning three times the usual point values via GrabRewards. GrabPay’s eWallet is perfect for users who use the Grab app on a regular basis be it for their ride services or delivery services. The accumulated points provide discounts on Grab rides, GrabFood orders, GrabPay Price deals and all other deals on their app. Not only do you get to spend RM30 gained from e-Tunai Rakyat, but you also gain extra benefits in points from spending them on the app. Grab further teases its consumers by offering RM3,000 worth benefits by claiming e-Tunai with them! While the RM30 incentive expires on a set date, points gained from spending on-app can still be used after.

Below are some details on the RM30 e-Tunai Rakyat incentive on Grab:

Why should you choose Boost to redeem e-Tunai Rakyat?

Next on the list is Malaysia’s top lifestyle eWallet, Boost. Boost provides more options as they have paired with 135,000 merchants nationwide. This simply means you have more options to spend your e-Tunai credits on.

We’re a fan of the convenience and array of options that Boost provides as their eWallet can be used in shopping malls, retail outlets, to pay bills, parking, topping up prepaid mobile phone credits, purchasing movie tickets and many more (the list goes on and on folks!).

Click here to find out more about where you can ‘Boost’ before deciding if this is the e-wallet provider you’d like to opt for.

Boost is perfect for anyone who’s trying to adjust going cashless! With more options available, you can experiment using their app for your daily transactions. The icing on the cake? Throughout the e-Tunai Rakyat campaign, Boost has announced a Bonus Shake Up up to RM8,888. How much exactly will you get from the Bonus Shake Up ? That’s entirely up to your luck! Even if you’re not eligible for the e-Tunai Ralyat, you can still benefit from their Bonus Shake Up deal. Boost also offers cashback if users refer Boost to friends and family. Each referral gets RM3 and every 5th referral gets RM6. On top of that, users are also eligible for their RM5 cashback offer upon upgrading their eWallet. Some serious temptations are being offered by Boost and the question is, are you seduced?

Below are some details provided by Boost in regard to the RM30 e-Tunai incentive:

How can you benefit from e-Tunai Rakyat on Touch’n Go eWallet?

Last but not least, Touch ‘n Go eWallet (TnG eWallet), a newer eWallet service provider and grappling contender of Boost! App users are equally spoilt for choice as the RM30 incentive can be used on all 120,000 enlisted merchants including in-app purchases like street parking and toll payment such as PayDirect and RFID. More commonly used by Malaysians for its ‘Auto Reload’ feature for tolls, we’re assuming utilizing the e-Tunai Rakyat on TnG eWallet will be hard to resist for many (RM30 free to use for tolls!).

TnG eWallet has announced that with each claim made on the app, an extra RM30 worth TNG eWallet Exclusive Bonus will be earned. This simply means you’ll earn double the value with TnG if you choose to claim your e-Tunai Rakyat with them. On top of that, users stand a chance to win 71 weekly prizes up to RM 2,000,000!

You can click here to view all already-available promotions on TnG eWallet’s website to decide if you’d like to opt for them.
Information provided by TnG eWallet include:

We hope this comprehensive guide will help you decide which eWallet service to splurge your e-Tunai Rakyat credit. We’re eager to watch Malaysia transform into a cashless society and adopt digital payments into their daily lives. We’re big fans of this eWallet stimulus by the government and look forward to watching it unroll on the 15th of January. Be sure to do the necessary to earn your RM 30 and leave us a comment on how effective you think this initiative will be to convert you into a cashless person! 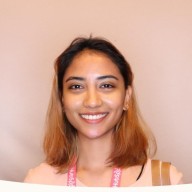 A thriving copywriter striving to be a digital nomad. Indraa has stepped foot in the digital atmosphere since 2017 and aims to package information for seamless comprehension. Her work embeds all inbound methodologies to help consumers in their buyer’s journey towards digital transformation.

Get RM10 CASHBACK on Durian with Touch ‘n Go eWallet

Add eWhallet to your Homescreen!